Why Launch a Stablecoin on Tezos ? 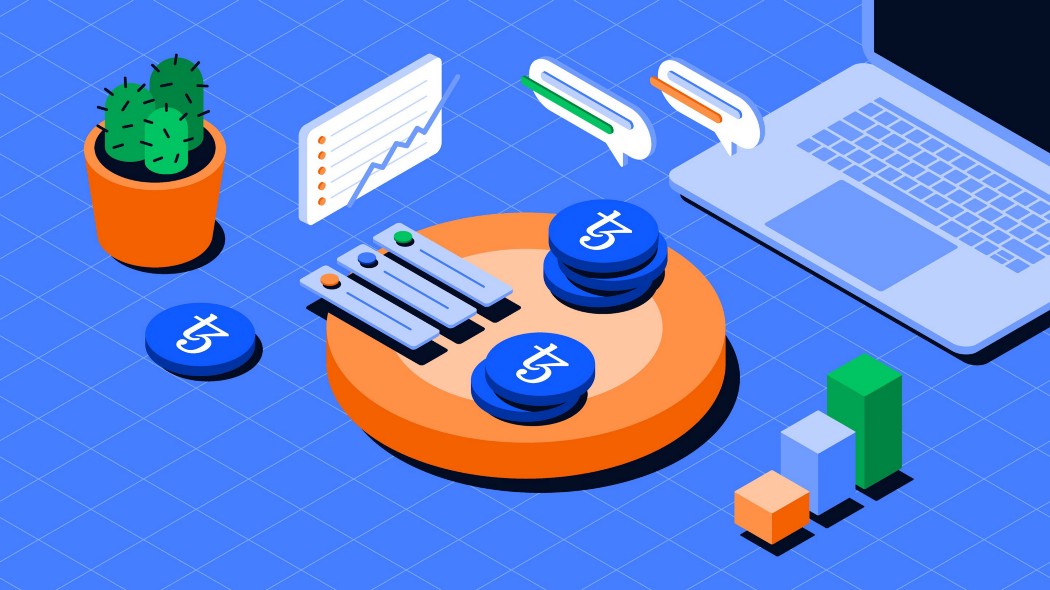 DeFi, NFTs, Gaming… Tezos is back

More and more projects are choosing Tezos as shown by the announcement of Ubisoft to launch its NFTs platform with the ultimate goal of building a metaverse for gamers. The scalability and governance issues that many blockchains are currently facing are reshaping the cryptocurrency world. Blockchains that are cheaper in transaction fees and more environmentally friendly are gaining traction, such as Tezos, which has been booming in recent months.

That’s why LUGH has launched EURL, a stablecoin pegged to the euro on Tezos.

Tezos is a public blockchain whose mainnet was launched in 2018 and its native cryptocurrency is tez (XTZ). Like Ethereum, it allows for the construction of smart contracts and the deployment of decentralized applications.

Thanks to its forward-thinking vision, Tezos offered a low-energy and highly scalable Liquid Proof of Stake (LPoS) consensus from its launch. Its on-chain governance system is also unique. Indeed, the protocol can self-amend thanks to a voting system that makes hard forks unlikely and accelerates the arrival of consensus. If a vote is approved by more than 80% of the bakers, it is automatically implemented.

Innovation becomes abundant and the community is incentivized to constantly improve the protocol. No other blockchain has been updated as much and as transparently as Tezos, which has eight upgrades to date, every quarter since 2021.

Another major strength is that Tezos uses the Michelson programming language for its smart contracts. It allows having formally verified contracts with very high reliability. Apart from Tezos, the languages used, although Turing Complete, do not provide this additional security.

An overview of decentralized platforms

More centralized blockchains such as Binance Smart Chain or Avalanche have experienced strong growth in recent months and offer to run Ethereum dApps. But this proposal comes at the expense of decentralization, which is however the initial promise of cryptocurrencies.

Where Tezos differs from these solutions is that it does not ignore this essential characteristic of resistance to censorship. For example, it is possible to host a node on a simple Raspberry Pi, which preserves the decentralization of the network unlike competitors like Solana that require very expensive hardware.

As proof of Tezos’ popularity, nearly 32 million contracts have been called since the beginning of the year, a 100-fold increase in one year. At the same time, the price of gas has plummeted thanks to the numerous updates resulting from the performance of on-chain governance.

Tezos’ democratic governance system has enabled rapid adoption of new features and future projects are promising. Indeed, any stakeholder in the protocol can propose the implementation of improvements such as better scalability. Reducing transaction time and gas consumption is critical to the growth of the network.

Launching a stablecoin in a crowded network was not desirable.

“I admire what [on-chain governance] Tezos has done”

Tezos is an open ecosystem

While Ethereum remains the main platform for running dApps, more and more solutions are proposed on Tezos to connect the two platforms and benefit from this ecosystem.

For example, Wrap Protocol makes it possible to tokenize ERC20 tokens or non-fungible ERC721 tokens to Tezos via a smart contract and without price differences.

Similarly, Tezex Bridge is a token exchange and cross-chain asset bridge that launched in beta in February 2021. Tezos is therefore a dynamic platform that is in the process of becoming interoperable.

DeFi is still in its infancy on Tezos, but its ecosystem is particularly interesting. There has been a real growth momentum in the last few months and there are about 26 projects today. Almost half of the most popular dApps on Tezos belong to the DeFi category with a Total Value Locked above $100 million.

The main building blocks of DeFi already exist and synergy is starting to build. Automated Market Makers (AMM) like Plenty or Quipuswap are fully functional. Similarly, stablecoins in dollars such as Kolibri or euros such as EURLhave been available for several months. Circle’s USDC, which is the second most popular stablecoin after USDT, should soon be available on Tezos, proving the attractiveness of the network.

Tezos is also well advanced in STO’s issuance, a rapidly growing sector. The platform already has a set of smart contracts approved by regulators in many countries and thousands of properties are already tokenized on the platform.

In the context of DeFi, Tezos’ formal verification is a considerable asset, as millions of dollars pass through these sensitive applications and bugs can be fatal.

Mathematics can be used to check for logic errors in a decentralized application. This check finds all possible bugs and makes the contract 99.9% secure. This security is extremely attractive to users, as no protocol is safe from a black swan. Even very famous services like Compound have experienced very costly bugs, which could probably have been avoided with Tezos.

Tezos is also a very popular blockchain in the NFTs industry. Apart from the marketplaces on Ethereum, the Hic et Nunc marketplace or Objkt are probably among the most dynamic and have monthly volumes of over $3 million. The price to exchange an NFT on Tezos can be a few cents, which is very attractive.

In recent months, a classic NFT transfer to Tezos cost an average of 0.082 euros and minting 0.063 euros.

Original applications available only on Tezos are emerging. For example, Kukai allows you to send an NFT to anyone who has a Gmail or Twitter account. Famous artists create their NFTs like John Legend or Charlie Puth via the music platform OneOf.

Moreover, art on Tezos is not limited to the digital world and is conquering the real world. For example, the protocol was present in December 2021 at the NFTs exhibition at Art Basel Miami Beach. Tezos seems to be the second most attractive blockchain to produce art behind Ethereum.

The prospects are important, especially for creating clean NFTs. Some artists like John Karel who sold millions of dollars worth of NFTs refuse to sell on Proof Of Work platforms for ecological reasons and he prefers to go on Tezos.

The blockchain has indeed seen a significant drop in carbon emissions in 2021 despite an increase in network activity. Tezos consumes nearly two million times less energy than Bitcoin and has a footprint equivalent to only 17 citizens!

More recently, Rarible’s announcement to integrate Tezos before the end of 2021 shows that creating carbon-neutral NFTs is an important thing for artists. While allowing creators to acquire and sell much more work due to the low transaction costs.

Tezos, the forerunner of GameFi?

On December 7, Ubisoft announced the launch of Quartz, a platform that connects the traditional world of video games and the blockchain. Players will be able to acquire Digits, which are game items in the form of NFTs. Ubisoft announced that the project is based on Tezos because of its energy efficiency.

According to many experts, GameFi and play-to-earn (P2E) will be the next revolution of the web3 and Tezos clearly becomes a major player with this project.

Tezos’ performance in terms of both security and the low energy consumption is attracting interest from financial institutions. Few blockchains can boast this. The Michelson programming language is easily readable by humans and can be formally verified, which is desirable for institutional contracts.

Société Générale, which is responsible for managing the EURL stablecoin reserves, is very committed to Tezos. Recently, the bank announced that it is issuing a security token worth €5 million on Tezos.

Many investment funds, commercial and central banks trust Tezos. These institutions are demanding and it is a good sign that they recognize the reliability of the protocol.

At Lugh, we are however aware that Tezos has some flaws. Blockchains are communication protocols where network effects play a crucial role. We have to admit that the Tezos platform is still relatively small compared to the incredible richness of the Ethereum network, its 3000 dApps, and its huge community of users. The small number of Michelson developers in the ecosystem is preventing this growth.

Similarly, although we are seeing more and more bridges appearing to link the two platforms, these technologies are new and interoperability is still limited. It would be great to have access to the huge Ethereum network! Finally, if we understand the interest of Tezos in the issue of decentralization, we would still hope for faster arrival of rollups and sharding to allow greater scalability within Tezos.

We are excited to launch a trusted euro stablecoin in the thriving Tezos ecosystem, thanks to the expertise of Nomadic Labs and SCEME. We were keen to build a stablecoin on an eco-friendly and transparent blockchain with institutional-level security. The democratization of stablecoins will not happen without an optimal level of security.

This reliability allows our auditor KPMG to guarantee the equivalence between the number of EURL tokens issued by the smart contract and the bank balance managed by Société Générale.

Tezos has great potential and has demonstrated this in 2021. We are proud to be on a platform that is growing so fast!

In the coming years, EURL aspires to become the stablecoin of choice in the Tezos ecosystem. We are confident that its high reliability will lead to massive adoption in DeFi, in the NFTs industry, and more broadly in all web3 related innovations.

See the article on
Medium